If you've tried to reserve an 800 number the past few years you may have come away with an 888 number, or more likely an 877 or 866 number instead, and it most likely didn't spell anything or have any repeating numbers. There's a total of 31,810,000 million toll free's in the North American Dialing Plan. Of those 25,000,000 million are currently in service, leaving roughly 7,064,000 million toll free numbers in the spare pool. Last week the net effect of activations and deactivations resulted in a net loss from the spare pool of almost 23,000 numbers. At that pace the SMS/800 expects to have all numbers exhausted by mid June 2010. As the numbers get used up the competition for good 800, 888, 877 and 866 numbers will only heat up.

Actually it's been heating up for quite awhile. After a number is deactivated it's held in a "disconnect" mode for 120 days. It then goes into the spare pool on the evening of the 121st day. Each evening several companies employ computer systems and automation software to grab numbers within seconds of them becoming available. One company in particular has sucked up over 3,000,000 of the best numbers, the name begins with Prime and ends in Tel. You'll know their numbers when you call them as they say "you've reached the talk line" or some similar message. The bottom line is it's becoming harder and harder to get a good number, but not impossible.

So what can someone in telecom do when marketing comes knocking on your door asking for an 800 or some vanity toll free? Here are a few tips.

#1 Contact your carrier to search the SMS database, use the lookup tool from AT&T, the more comprehensive tool from Bill Quimby at Tollfreenumbers.com or call Vocio, we can do a look up for you as well. All of these lookup methods allow you to use wild cards along with letters eliminating the process of converting words to numbers. If the number is in the spare pool it will show as available through these searches. If you're lucky enought to find a number any of these companies can reserve and turn your number up on the spot.

#2 Call the number and see what happens.

a) If it's a large company you probably have little or no chance.

b) If it's a small company maybe it's worth chatting with the company or individual about negotiating. Over the past 15 years I've helped numerous companies acquire active toll free numbers this way.

c) If you get a disconnect message, then you have a shot. Once numbers are deactivated they go through a 120 waiting period before going back into the spare pool, but sometimes they don't make it because the service provider activates it for another of their customers or puts it in their spare pool.

#3 How to get a toll free in "disconnect" activated

a) Find out which carrier has it in "disconnect" using the Ameritech Resp Org ID Service at 800-337-4194 or if it doesn't answer you can call us. If the resp org comes back PIT01 forget about it, it's gone until the FCC overhauls the current toll free reservation and activation system managed by DSMI and SMS/800.

b) Once you know who the carrier is you can contact them to see if they'll let you activate the number. One caveat, this usually takes a person well versed in SMS/800 terminology and/or a strong relationship with the carrier. If you're looking for help call us.

b) You've identified the number in disconnect but the carrier won't let you have it. Here's were it gets tricky. Try using Bill Quimby or Vocio to help get the number the evening it goes back into the spare pool but realize you're competing against other computer systems. It's similar to getting tickets in the front row of a concert. There is a lot of competition for those face value tickets because of their true value in the marketplace.

#4 Do a Google search and see if the number turns up with one of the companies that rent vanity numbers. Companies like Telenames have numbers ranging from 800-yellowcab to 800-phoneguy. These companies have established marketing programs and will allow you to rent a great vanity number for as small a targeted area as an area code or for the entire country.

If your company is in need of a toll free I've listed ten 800 prefix numbers here. The first ten companies to respond will get a 800 number, no strings attached. Anyone else needing a toll free please give us a call at 888-200-8647. We have 15 years of experience getting our clients toll free numbers and a few unpublished tricks of the trade that might help you get the number you need.

Many companies call us asking for help after they've reviewed their invoice and found several... 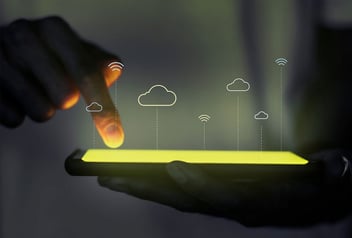 1 – Consider sourcing services from alternate channels such as the agent or reseller channel....

Many companies have one toll free carrier and that carrier maintains Resp Org (responsible...