Driving While Distracted: Important Message to Pass Along

On my way to work this morning I was nearly hit by a distracted driver. I was stopped at a red light, the light turned green and I lifted my foot to hit the gas when I noticed an object moving in my peripheral vision. I quickly hit the brakes and watched a car sail through the red light, which by this time was beyond red. Running a red light is nothing new, but what alarmed me was why the driver ran the light. As the car passed in front of me, I noticed the driver's head was down and I could plainly see he was typing an e-mail or text into his phone.

Tragedy was avoided for me today but it served as a reminder. It also spurred me to get this information out because not only is it important for us as individuals to pay attention, it could have huge consequences for our companies as well. The fact is a phone or smartphone being used by an employee could not only cost lives if they get distracted and have an accident, but it could also cost your company a small fortune.

In December, McGrogan's employer, International Paper, agreed to pay $5.2 million to settle an accident in which a woman's car was forced off the road and her arm was later amputated. In February, Modern Continental Construction Co. agreed to pay $750,000 to a woman whose car was struck by Stasium. A jury was deliberating at the time.

Also stated in the article:

Recent settlements such as these and other big-money cases nationwide have caused companies to move to protect themselves from financial liability. With increasing frequency, businesses are mandating that workers not use cellphones when driving or at least employ hands-free sets.

"Sophisticated employers are saying, 'We need a policy,' " said Atlanta attorney Stephen Schatz, who defended Modern Continental. "In Georgia, if you're going to or from work [and you crash], your employer is not liable. But if you're using the phone for business purposes — even with your own phone — [the business] can be held liable."

What this means is a policy not only needs to be created, but just like all other policies on personal behavior it would be advisable to add a training session for new hires and existing employees and to document that training was conducted, along with a signature of the employee that they agree to adhere to the policy. It may not limit liability completely but by taking the step to educate your employees they will know the company is serious in protecting their greatest asset and making the roads a safer place.

How do you come up with a policy? Well a start might be to emulate the laws of a state that has a stringent cell phone use law, for instance in California laws go into effect July 1st, 2008. The policy can be downloaded here. Also we can help you as we not only help create policies for appropriate use, but lost/stolen devices, stipend or personal expense policies etc.

We'll all continue to use our phones but perhaps today we could all use a little reminder, and maybe pass along a little reminder to family, friends and colleagues. It just may make someone pay attention a little more over the next few days and avoid a tragedy like I almost had today.

Have you had any close calls with drivers being distracted? Let us know your story. 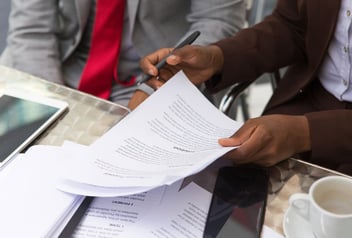 Want Out of Your Cellphone Contract? Here's a Solution

Stuck in a cell phone contract? Well Trade My Cellular has come up a with a unique solution to help... 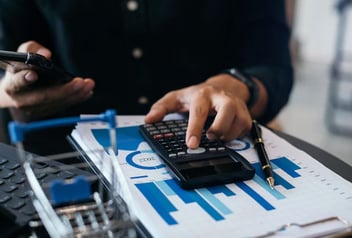 At five pages even if you're not a telecom geek like me you'll still enjoy the latest Aberdeen...

Enterprise wireless departments or that "go to" wireless person within a company are constantly...